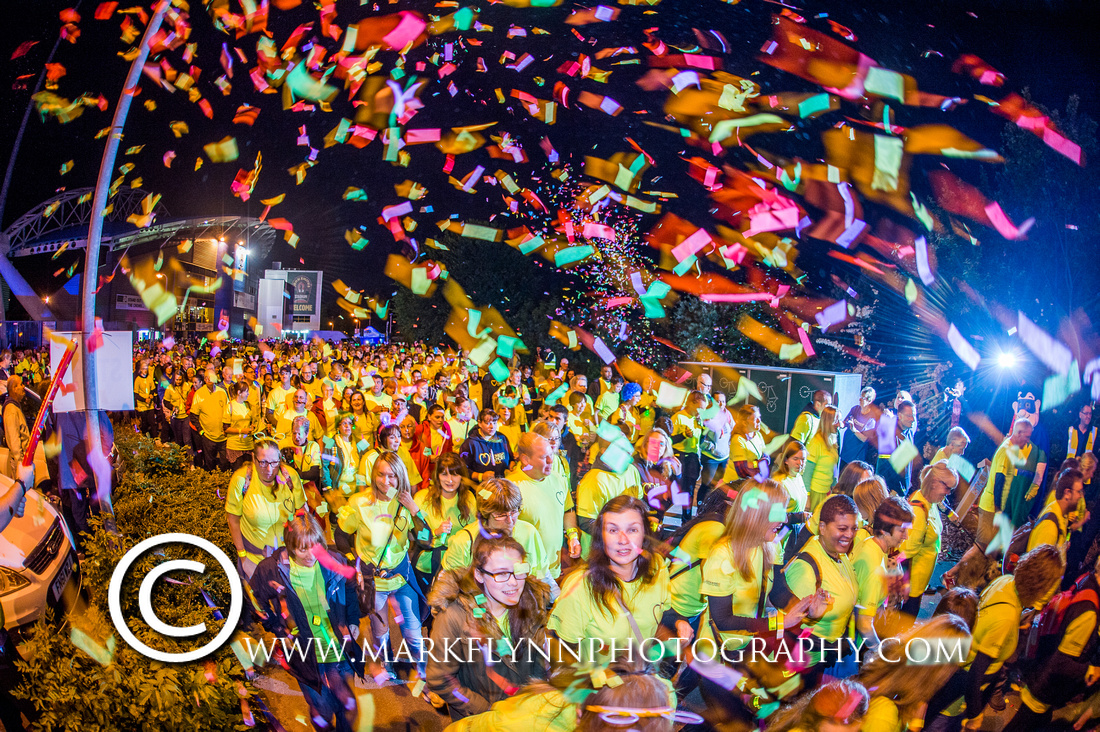 This weekend, once again, I was honoured to be part of the Kirkwood Hospice’ Midnight Memory Walk, photographing the many people taking part on this wonderful fundraising walk to remember loved and lost ones to raise money for Kirkwood Hospice.

This was the third year I have photographed the event with each year seeing an increase in ‘walkers’ in support of the valuable work Kirkwood Hospice undertakes.  Approximately 800 people partook in 2013, 1000 in 2014 and this year an amazing 1100 people walked the route raising a staggering £96,000.

As the official photographer, the brief was very involved but thoroughly enjoyable. It was challenging getting around all the route with lots of activities going on in various places – all the while capturing the images in the dark.  The route was either a six or ten mile loop, dependent on which one walkers chose, encompassing Waterloo, Lepton and Almondbury along the way. 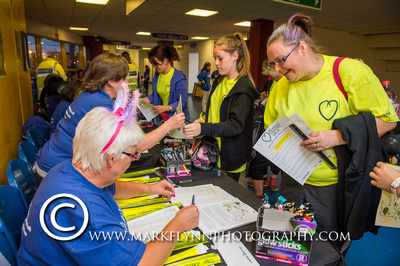 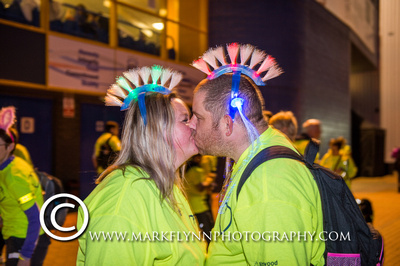 I started off at ‘base camp’ which again was John Smiths Stadium photographing the preparations as people donned the yellow ‘Midnight Memory Walk’ t-shirts, painted faces, dressed up and generally created a fantastic atmosphere amongst all taking part.  Volunteers worked hard at registration, signing up the 1100 people taking part.

The ‘Memory Wall’ was crammed with hundreds of messages for loved and lost ones, it was a particularly poignant feature at the stadium with people taking the time to leave emotional notes. 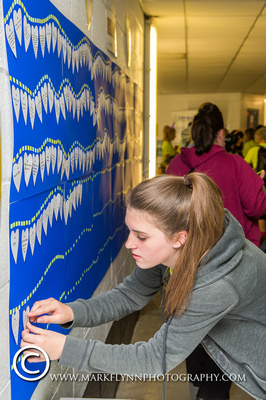 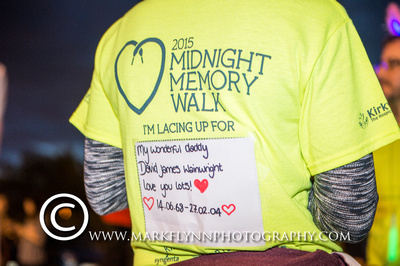 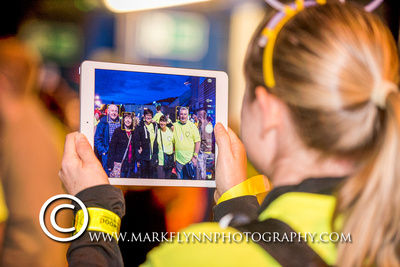 Many people arrived early and mingled with each other as they were entertained by Madam Mango and Chris Marley who provided stilt walking, juggling and illuminating hoola hooping.  A fitness trainer then got everyone warmed up in an energetic Zumba routine prior to the walk beginning. 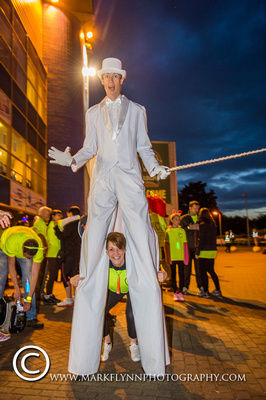 Compering the preparations with music and announcements was TAP, Total Awareness Promotions, who helped contribute to the high spirited atmosphere.

At midnight, confetti cannons were fired to mark the start of the walk and so it began. 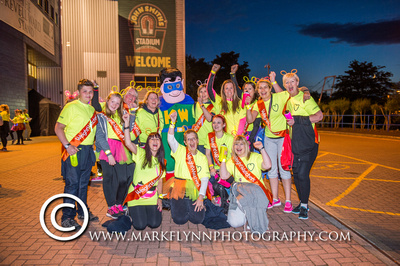 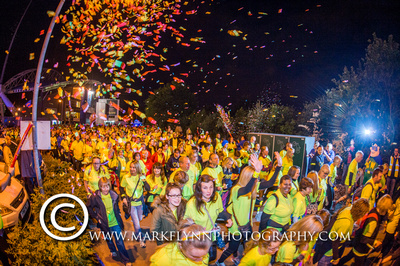 Marshalling the route (to prevent us getting lost in the dark) was the WestYorks 4x4 volunteers who did a sterling job, particularly when the rain came pouring down on us all! 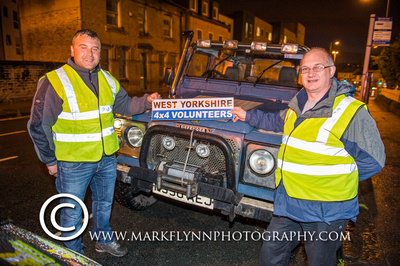 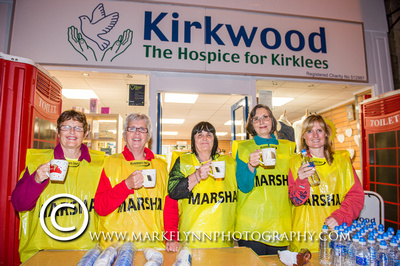 I dashed about the route during the night, capturing as many photographs as I could.  I managed to grab a quick drink from refreshment stalls, again, manned by fantastic volunteers at the Northgate Kirkwood Hospice Shop in Almondbury.

With local support from well-known faces Jason Mcarthy MP and Blue Watch from Cleckheaton Fire Service, who were there to honour their colleague Woody, Twitter was trending with Kirkwood’s hashtag #MMW2015 on for reports during the night and for subsequent updates following the event. 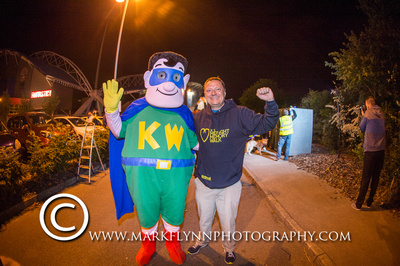 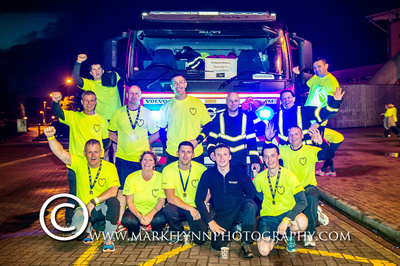 Heavy showers at 3.00am challenged not only myself, but the many walkers who battled through to the finish at 4.30am. On arrival at the finish walkers were greeted by the welcoming sight & smell of bacon butties being cooked and teas & coffees on tap. All freshly prepared by Anthony & Glens team at Asparagus Green catering who had given their time for free! 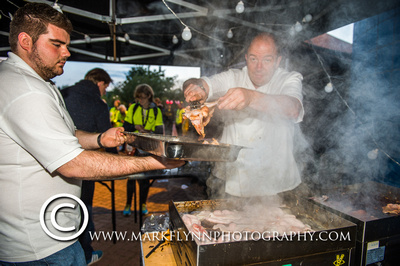 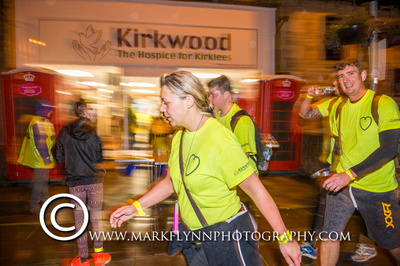 So overall, it was a truly fantastic, humbling event to be involved with, once again.  A mention must be made of the fantastic sponsors who helped make the event so successful: Syngenta, Myers Group, Hepworth Honda, Bluebird Care and ERS Medical.

Huddersfield should be proud of themselves. 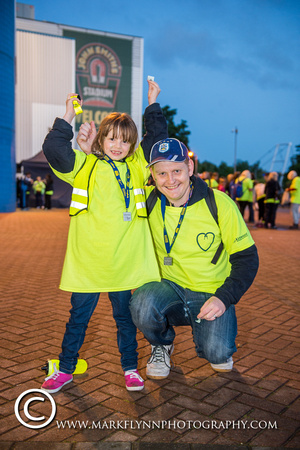 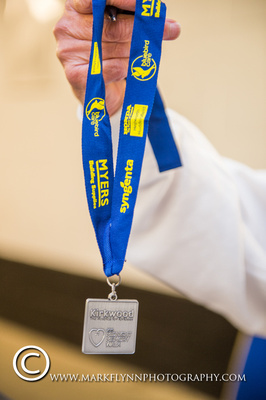 The rest of the images from the night can be seen at: http://www.markflynnphotography.com/mmw2015