BACK TO SCHOOL - RISHWORTH SCHOOL TO BE PRECISE

BACK TO SCHOOL - RISHWORTH SCHOOL TO BE MORE PRECISE 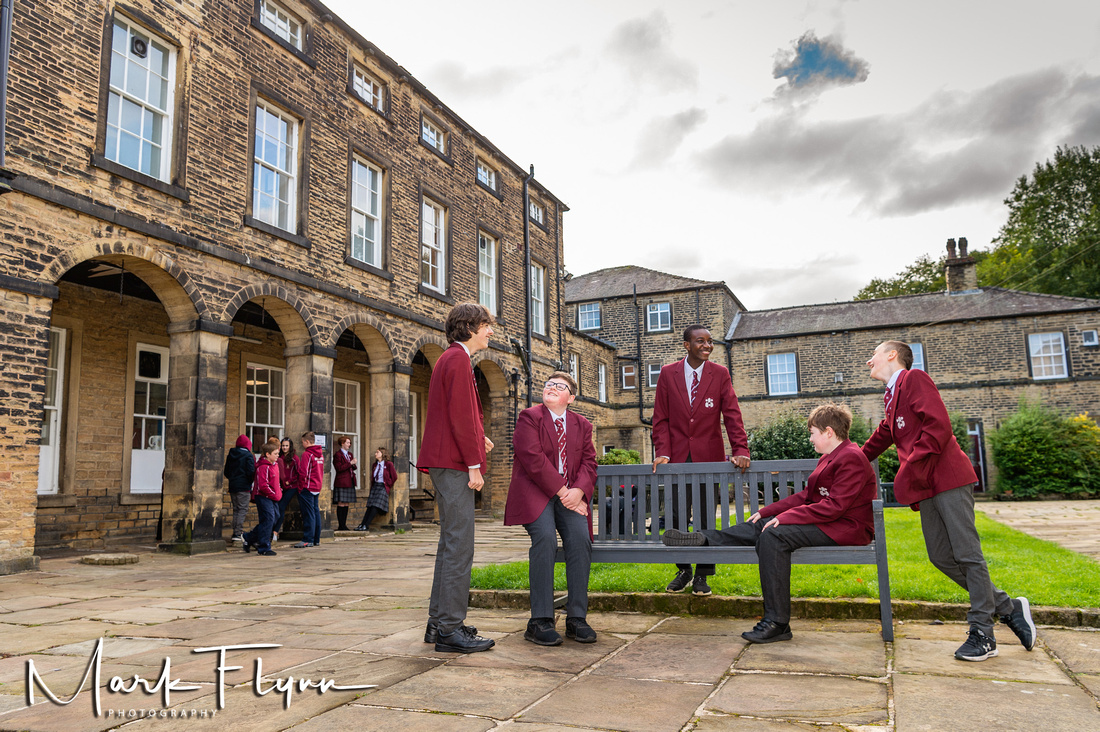 Recently I was contacted by Lydia Horbury, Director of External Relations at Rishworth School asking if I would be interested in quoting to undertake some photography that could be used in the schools new prospectus and website. Of course I was delighted to be asked to quote as school prospectus photography has become one of my specialities, having undertaken similar jobs for other local schools.

The brief was extremely well organised, very varied and like most school shoots to be undertaken to a strict timetable in order to get around everywhere.

Another challenge was of course carrying out the shoot whilst complying with the schools anti Covid measures. I have to say that considering the size of the school (and Rishworth is not only a day school but also a Boarding School) the measures that were put in place to ensure not just visitors safety but also that of the staff and pupils where second to none! It must be mentioned that the pupils were in fact all allocated there own "bubble" whilst attending the school.

I must say I do feel for the staff at this difficult time as after every lesson or even after ever visitor to a classroom everything had to be cleaned and sanitised ready for the next class.

Going back to the brief which was to cover not only pupils in action, captured in a reportage style but also to capture some of the stunning architecture & landscape of the school. Rishworth after all is located just outside Ripponden in quite a rural setting and is spread over 130 acres! 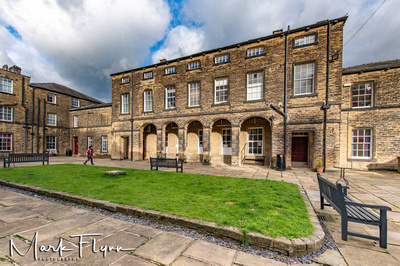 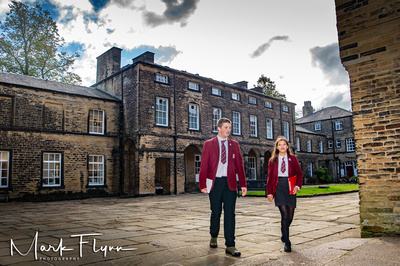 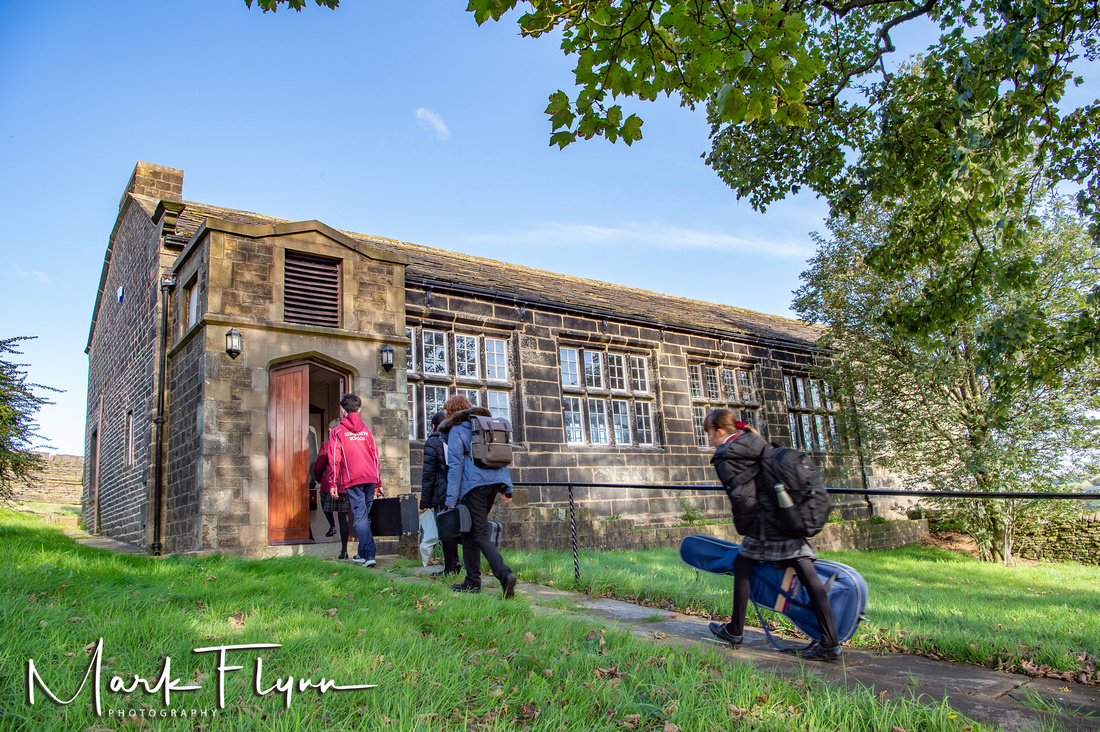 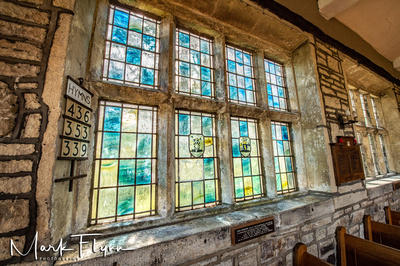 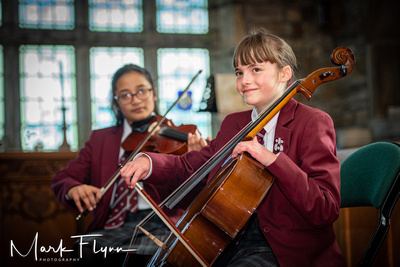 It was a long and challenging day but in that time we managed to capture some of the architecture of the school which included the schools chapel which was in fact the original school built in 1724 no less!! Whilst also including Pupil Enrichment, (covered in a lifestyle manner), portraits of some of the senior leadership team, music & choir in the old but very ornate chapel. Then on to domestic science, an IT lesson and science experiments, the boarders rooms and breakout areas, whilst also fitting in a trip down to the junior part of Rishworth School (Heathfield) to photograph the Head, Council Members and some of the children's artwork. Phew! 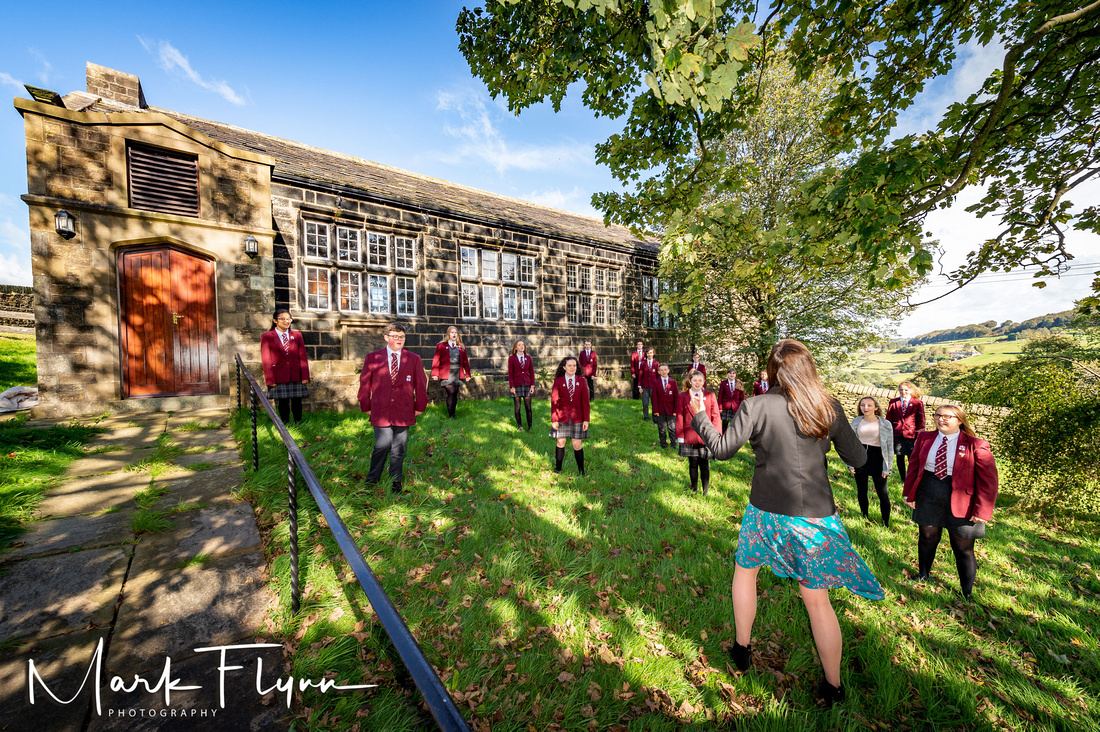 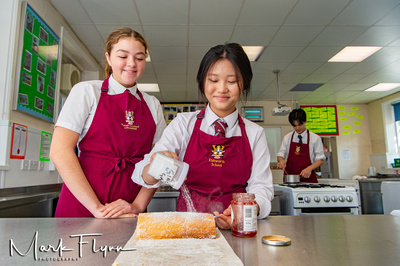 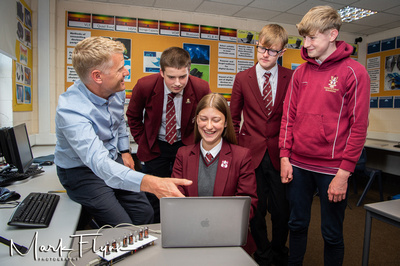 The job was made easier by being able to work with such helpful, friendly staff and pupils. YES! Even the pupils were good!! 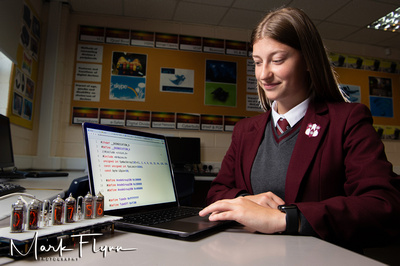 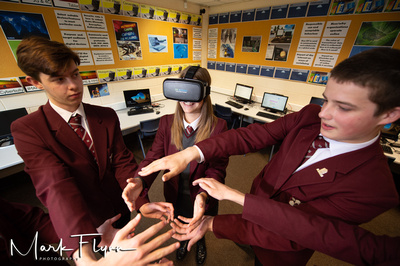 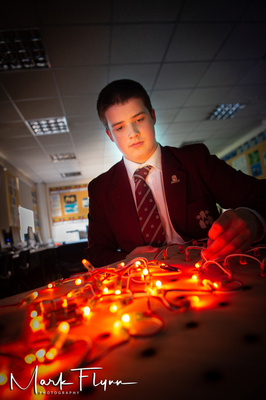 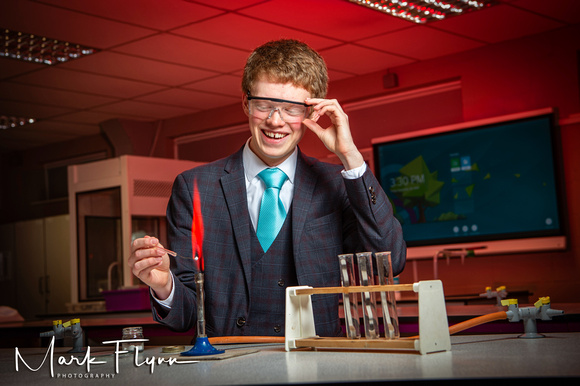 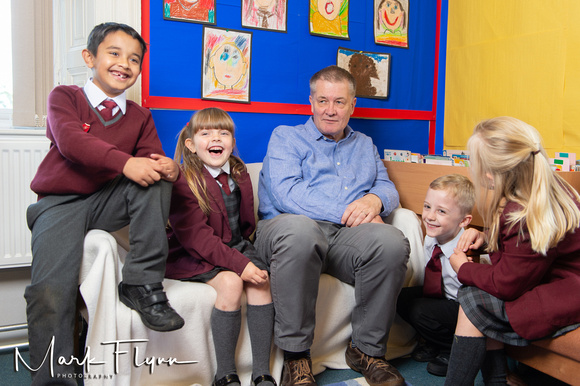 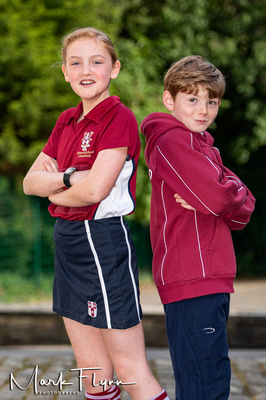 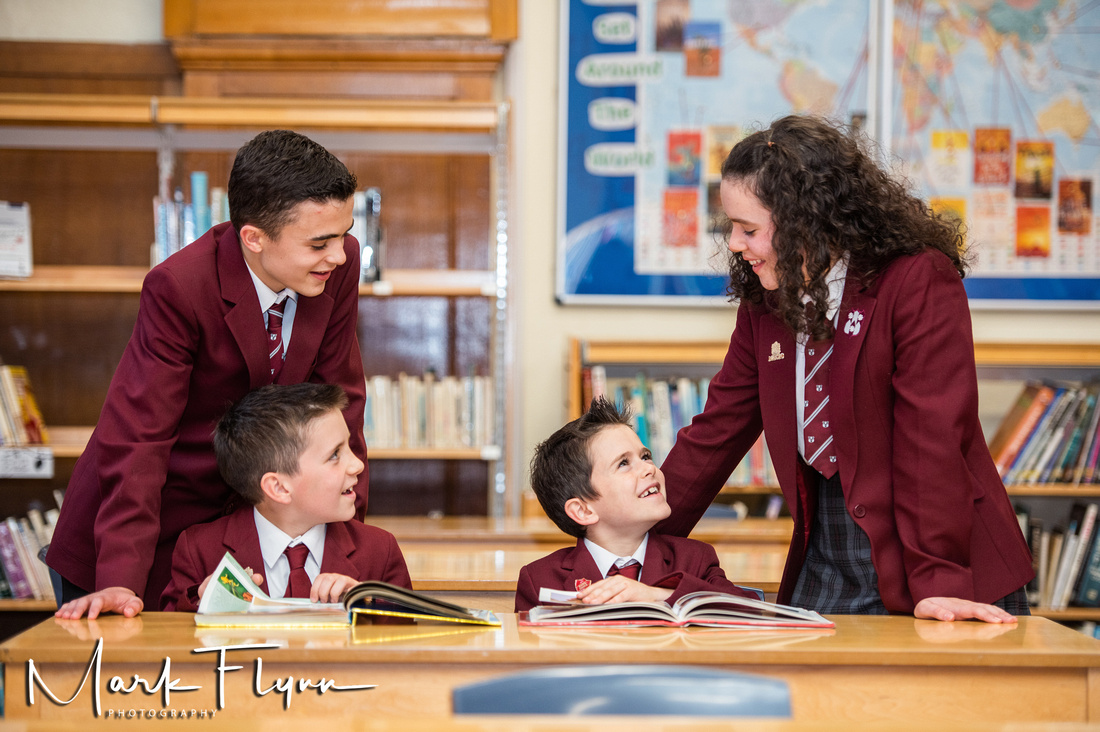 Overall I was extremely happy with what we managed to achieve in the time frame and with what I thought was the minimum of disruption to the school. 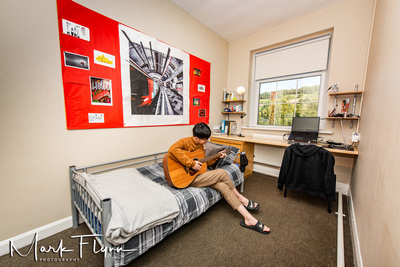 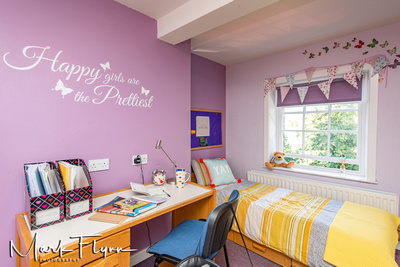 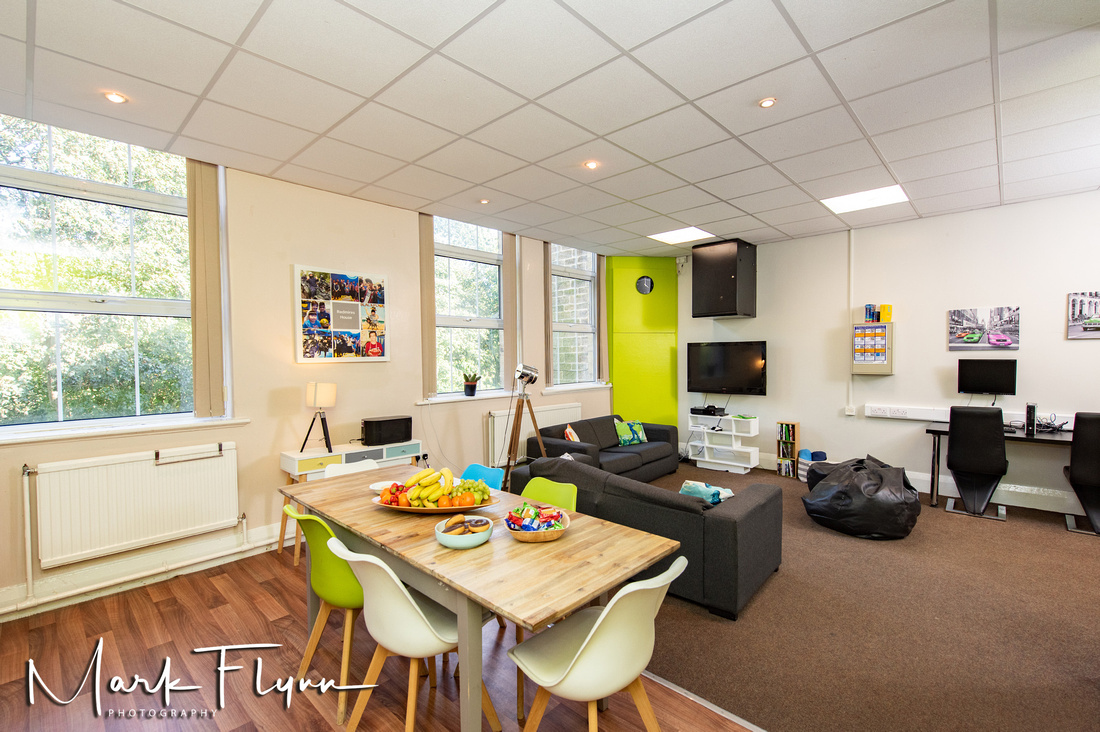 The feedback from Lydia at the school was simply amazing and certainly one of the best testimonials that I have received for my work. Here is what she had to say:

"Mark recently undertook a piece of educational, commercial photography for my organisation. The day was long and there was a huge variation between the different photographs needed, as were trying to demonstrate life in a boarding school and all the different subjects, enrichment, lifestyle elements. Prior to the day Mark took the time to understand what we wanted to portray. On the day, Mark was simply fantastic, slipping with ease between the different styles; headshots of SLT, catching a chemistry experiment, taking arty shots of the stained glass window in the chapel. He was friendly and really communicative and has such a lovely manner when directing the staff and children on the day. We are absolutely delighted with the outcome. I welled up when I saw the results. Mark somehow managed to capture the essence and feeling of our school in his beautiful shots. Mark’s photos are fantastic and his rates are very reasonable, would not hesitate to recommend."