Firstly may I take this opportunity to wish all my clients both past and present a Happy & Prosperous New Year!

This year just after Boxing Day we decided to go away with a few friends on a train tour of Scotland. How is this even possible some may say! Well after lots of route planning, accommodation searching, ticket booking and lots of head scratching it finally came together.

The route was to be as follows:

Walk to Mirfield Station 2miles, 1st Train to Dewsbury change at York then onto Edinburgh with yet another Train; Edinburgh to Perth and finally Aviemore in the Cairngorms for our first 2 night stay at a very nice B&B. Here we had to stay 2 nights because one of the days was a Sunday and there were no trains on the remainder of our route on a Sunday. 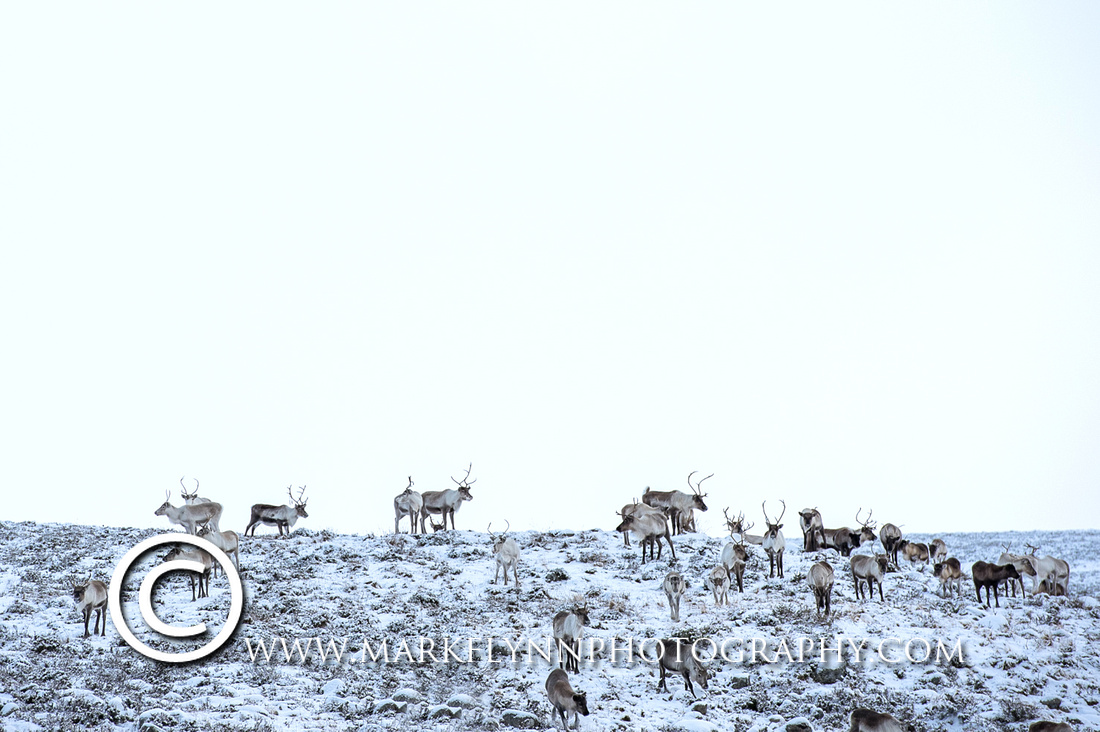 All was set for the first part of the journey, that was until.....the SNOW arrived on Boxing Day evening! Despite worries of train cancellations we still set off for Mirfield the morning after and yes you guest it....First train DELAYED!!! Fortunately the delay was only 10 minutes and luckily our next connection was also delayed which was still going to be ok until we got to York where we only had a 10 minute change window. On arrival in York we were greeted by the sight of our connecting Edinburgh train pulling out of the station. NO!!!! We cried! Thinking the plan was now totally ruined! However, all was not lost as there was another train to Edinburgh in only half an hour. This of course meant that we now missed our connection to Aviemore. This meant we now had an hour to kill in Edinburgh which we put to good use by having a walk up to the castle and a little wonder around the Christmas Markets. Finally arriving in Aviemore only an hour and a half later than what we first intended. 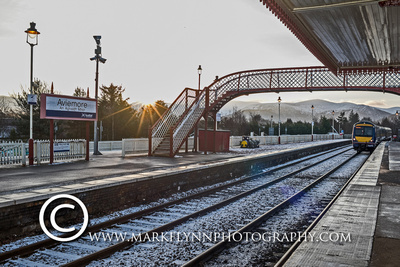 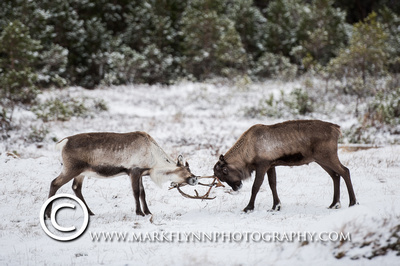 Our time spent in Aviemore was on walking up to Cairngorm and visiting the Reindeer heard on the mountain side. 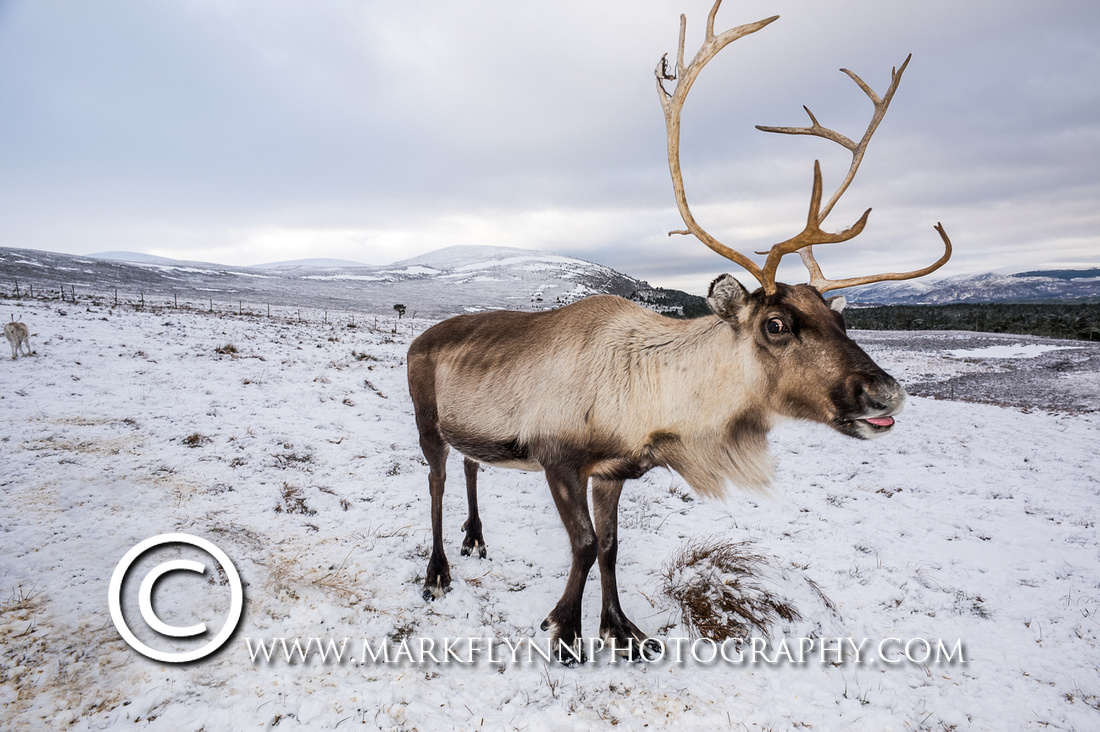 On leaving Aviemore we then headed to Plockton on the West Coast; via way of train to Inverness then change to Plockton. Both trains were spot on time and the journey to Plockton reputed to be one of the most scenic in the whole of the UK did not disappoint! 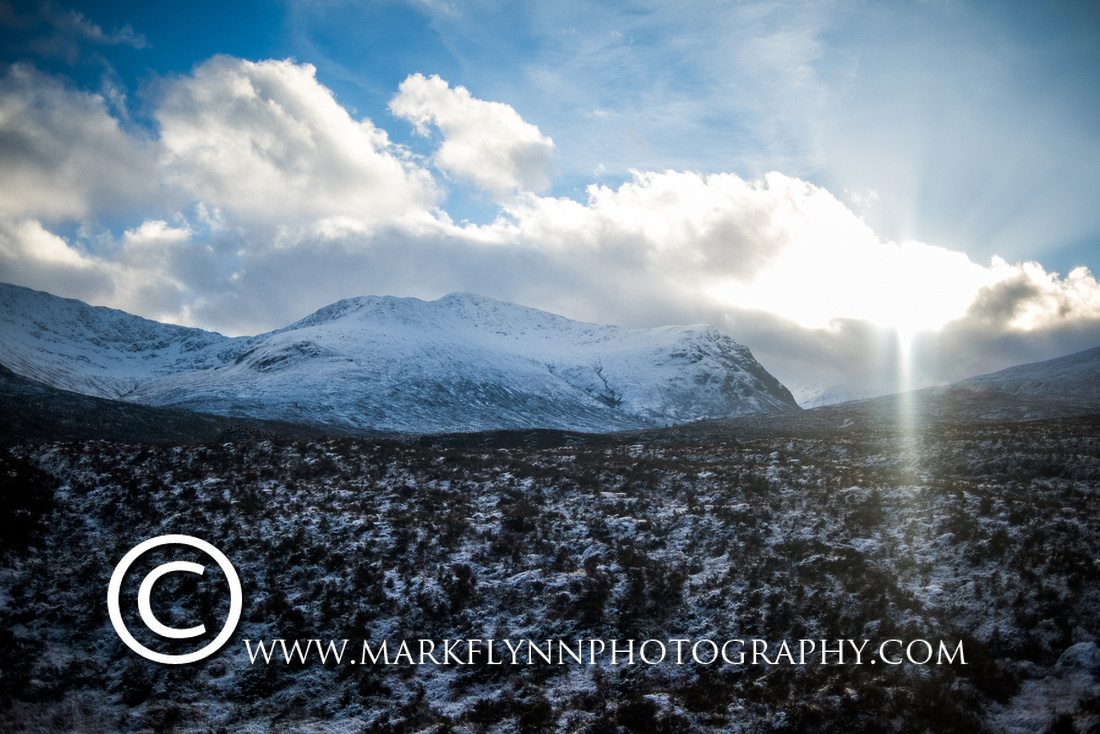 Eventually we arrived in Plockton, a stunning picturesque seaside or Lochside village made famous by the filming of Police series Hammish Mcbeth and The Wickerman. 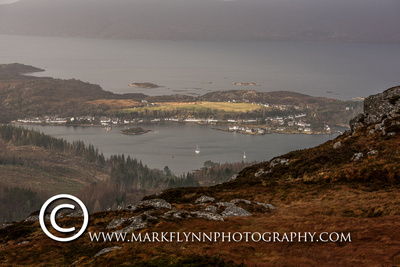 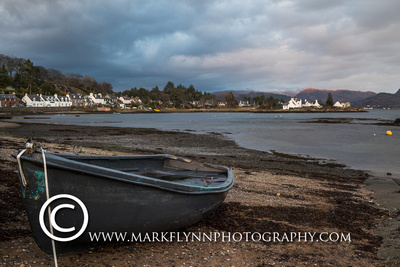 We had three days stay in Plockton which took us across the New Year into 2015 and it was here that we met up with the rest of our friends that were arriving later via a Lake District route. It was great to meet up with friends and we split the time between exploring the countryside around Plockton and enjoying a few drams in The Plockton Inn! 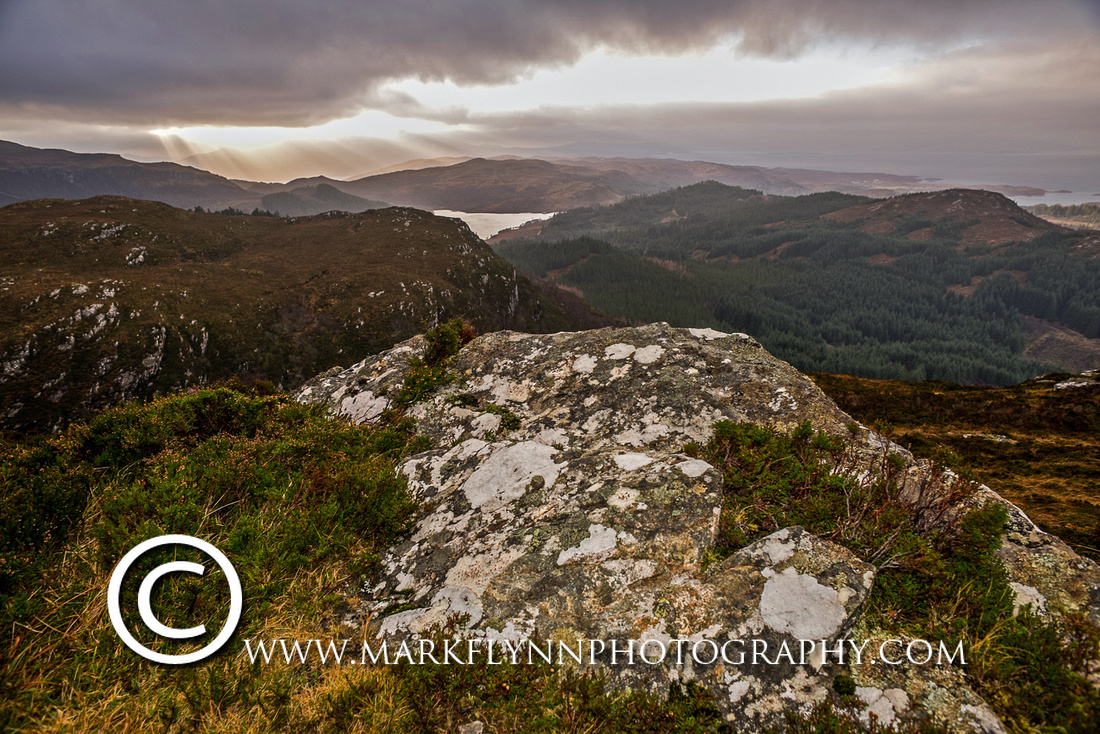 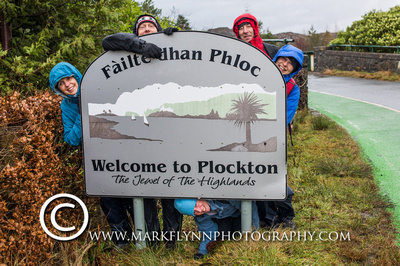 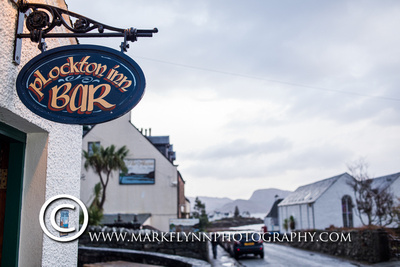 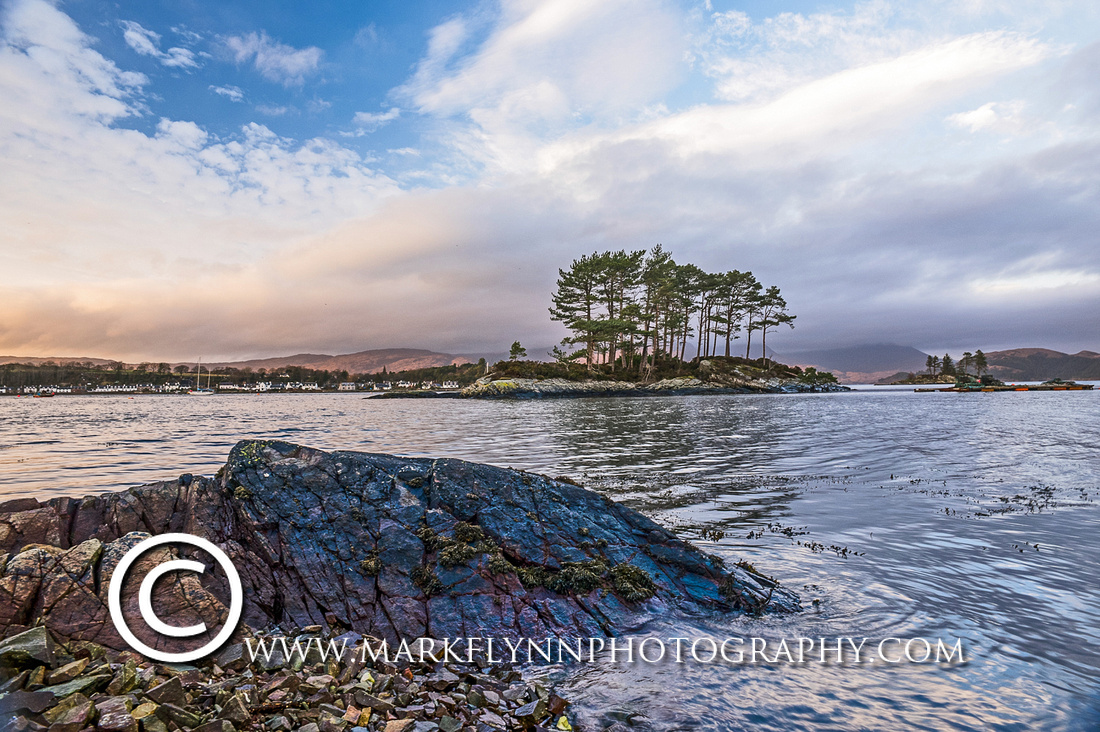 With the Hogmanay celebrations over it was time for us to be on our travels again. With the 2nd of January being a Bank Holiday in Scotland this meant that no buses or trains were running so we had to charter a minibus for the next part of our journey. This entailed minibus from Plockton via the Skye road bridge to Armadale on the southern part of The Isle of Skye. Here we were to enjoy a one night stay before setting off for the first ferry the following morning to Mallaig back on the Scottish mainland. 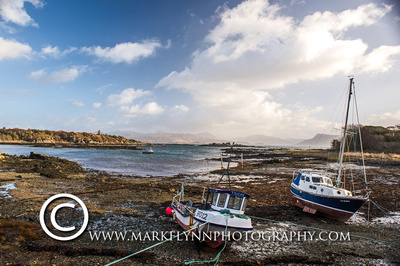 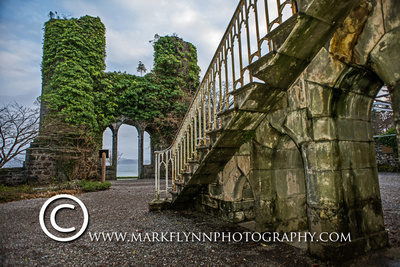 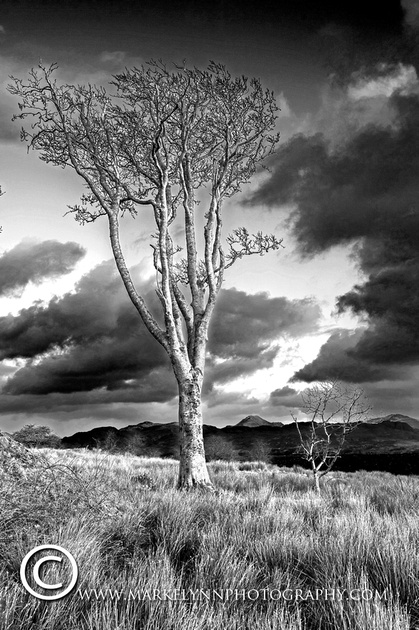 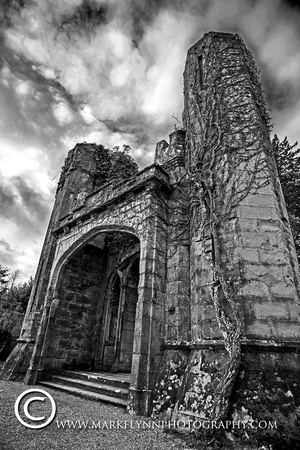 Our final day saw us catch the 9.25am Caledonian Mcbrayne Ferry from Armadale to Mallaig. Leaving just 10 minutes to spare to catch the train to Glasgow by way of Fort William and the stunning scenery of Rannock Moor. 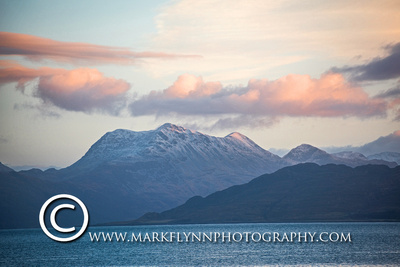 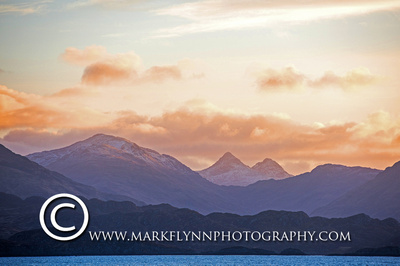 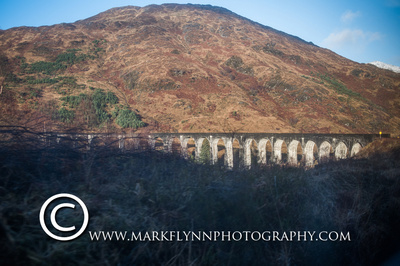 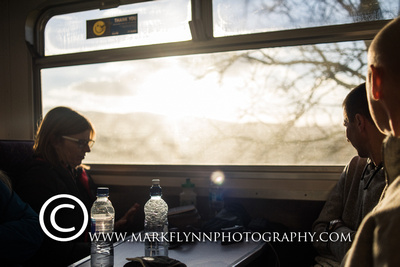 The last leg of the journey was from Glasgow to Huddersfield via Manchester and again all trains on time without a problem. Just goes to show that it is still possible to complete a journey such as this with practically sole use of public transport! A fantastic festive trip, enjoyed by all! Just one thing remains to be sorted out and that is where shall we go next................! Slainte!As the Scottish say! 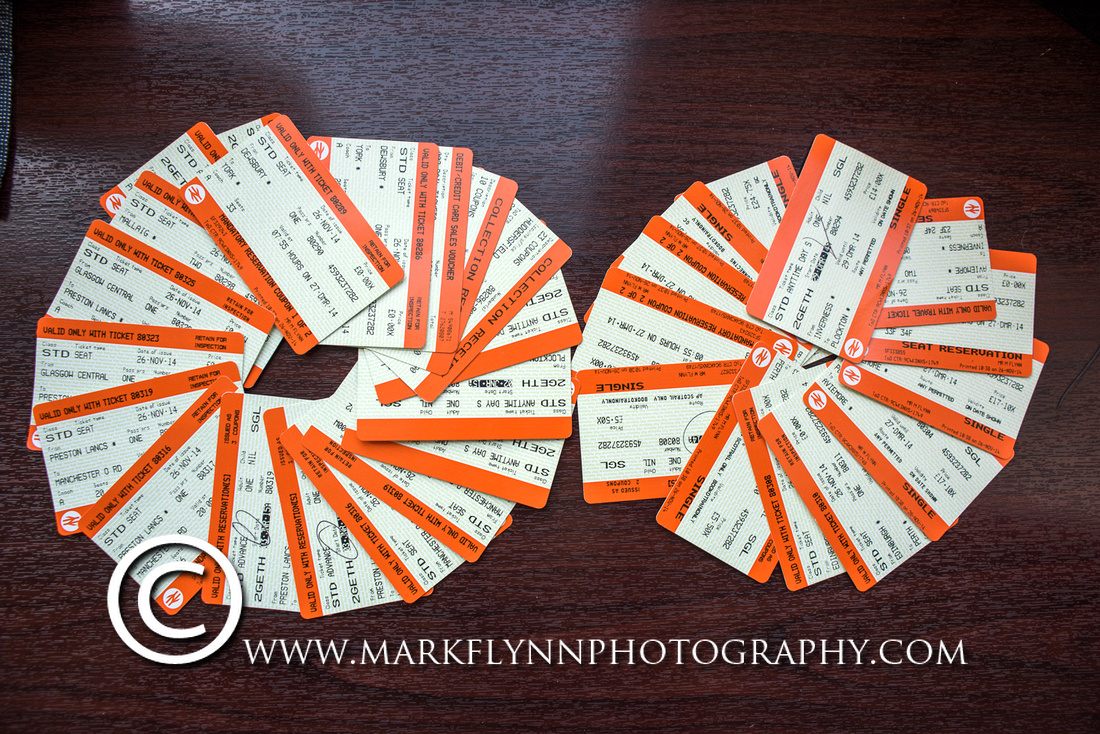 If you wish to see all the images from the trip please see: http://www.markflynnphotography.com/scotlandbytrain