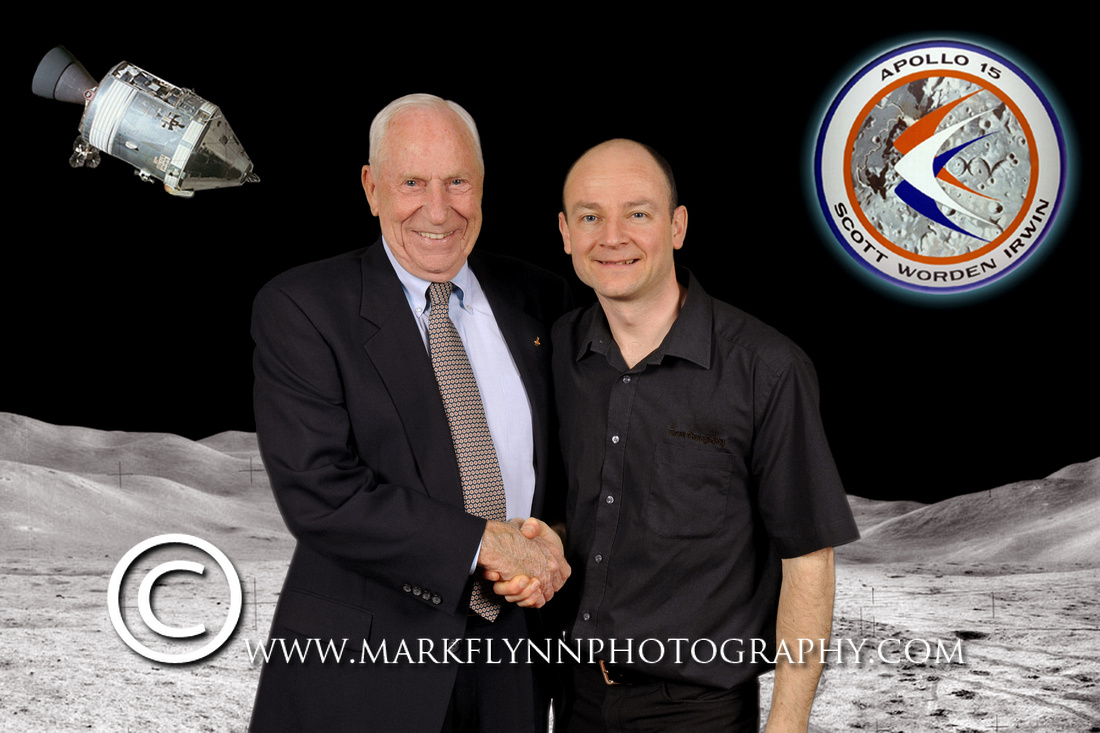 It seems quite amazing that at almost the same time I was being born Alfred J.Worden was actually orbiting the moon!

Appearing in Pontefract due to the efforts of Ken Willoughby, who helps bring in Astronauts to inspire local school children he gave a talk at Carlton High School Pontefract to 200 people.

In conjunction with Prophoto Event Photography we were tasked with the unique opportunity to photograph Alfred with anyone who was interested in having their picture taken with him. As it turned out some 70 people took up the opportunity including yours truly!

"IT WAS QUITE AMAZING TO TO BE SHAKING HANDS WITH A MAN WHO WAS IN CONTROL OF APOLLO 15 WHILST HIS COLLEGUES WHERE ON THE SURFACE OF THE MOON COLLECTING SAMPLES!"

Our job for the day was to set up a studio at Carleton High School, using "Green Screen Technology" we photographed everyone on a green background and then allowed green screen software to work its magic by replacing the background with a fantastic moonscape complete with APOLLO 15 and by special permission the logo of the Apollo 15 mission. With on site printing facilities we were then able to output completed prints and mount them just as Mr Worden's talk was finishing so that they were ready for collection immediately after the event. 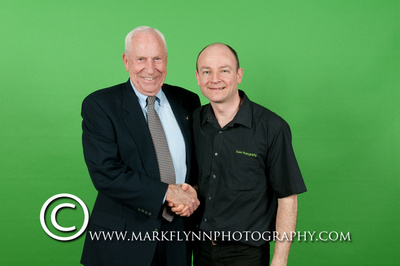 Everyone I spoke to seemed really pleased with our work, some even said that our photography was out of this world!!!!

Thank you Mr Worden it was a pleasure and honour working with you!